Are there monolingual Afrikaans in South Africa? 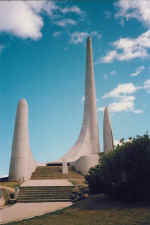 In southern Africa there is a language that can describe this part of the world like no other, that unites the ways of thinking of Africa and Europe and proudly bears the continent of its origin in its name: Afrikaans!

The approximately 6.5 million people who use Afrikaans as their mother tongue are strongly represented in all nine provinces of South Africa and throughout Namibia. There are also smaller groups in Botswana, Zimbabwe, Zambia and further north in Africa. Afrikaans is therefore the most widely spoken indigenous language in southern Africa. The other 12 million people who speak Afrikaans as a second language also make it the most widely spoken lingua franca in South Africa, ahead of Zulu or English.

Anyone planning a trip to South Africa or Namibia is well advised to learn a few bits of Afrikaans. Certainly, the former colonial language, English, also enables objective communication in the usual tourist situations. But anyone who uses a local language immediately steps out of the crowd and shows a real interest in the country and its people. In a large part of southern Africa, Afrikaans is the language that can open the ears and hearts of many monolingual people. In addition, Afrikaans is a very easy language that is also closely related to German.

Afrikaans is also extremely interesting from a linguistic point of view. As the youngest Germanic language and the only one to emerge outside of Europe, Afrikaans is the most advanced in terms of grammatical simplification. It is a dynamic, meaningful language with a highly developed vocabulary that has largely been built from its own resources.

Have we piqued your interest? Read more about our language courses on the corresponding page.