Between 1957 and 1969, the RhB procured a total of 12 two-axle shunting tractors with diesel engines from SLM from the RACO company for shunting to smaller stations or train stations with different power systems (such as St.Moritz, Pontresina or Arosa). The power transmission of the vehicles designated downwards Tm 2/2 67-56 when they were put into service took place mechanically via chains, only a throw lever brake was installed for braking. At the end of the 1980s, the shunting locomotives were modernized and newly motorized. They were given the ascending operating numbers 15-26 according to the commissioning. On the basis of these vehicles, more were procured for the rail service. 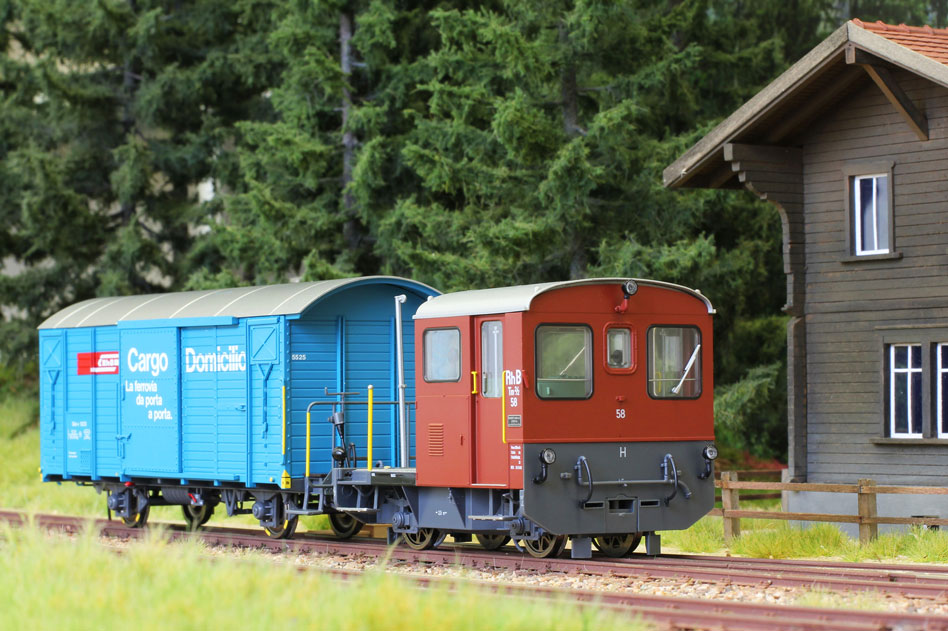