Since 2015, Facebook as the most-used social network has fallen from a good two thirds to less than half of all social users for the first time.

The fact that young people are turning away from Facebook - or rather not using the world's largest social network in the first place - and instead using alternative social media services is not a completely new finding. I last wrote about it in 2019. 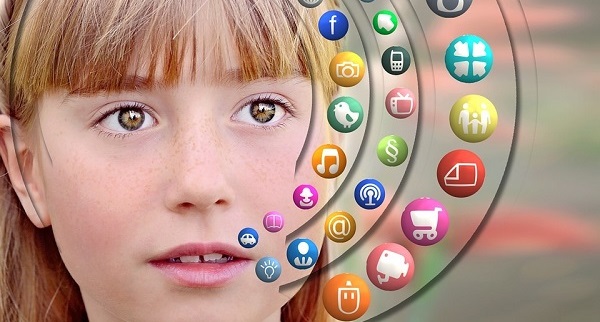 The American market research company Edison Research has now presented new demographic data on social media usage in the USA. Although these cannot be transferred one-to-one to Germany, they do provide a good insight into the most important trends.

Accordingly, the importance of Facebook as the most important social network has decreased significantly across all age groups in recent years. In 2015, Facebook was the most used service for almost two-thirds of all Americans aged 12 and over (65 percent), but not even one in two currently says so - 47 percent (click the graphic to enlarge): 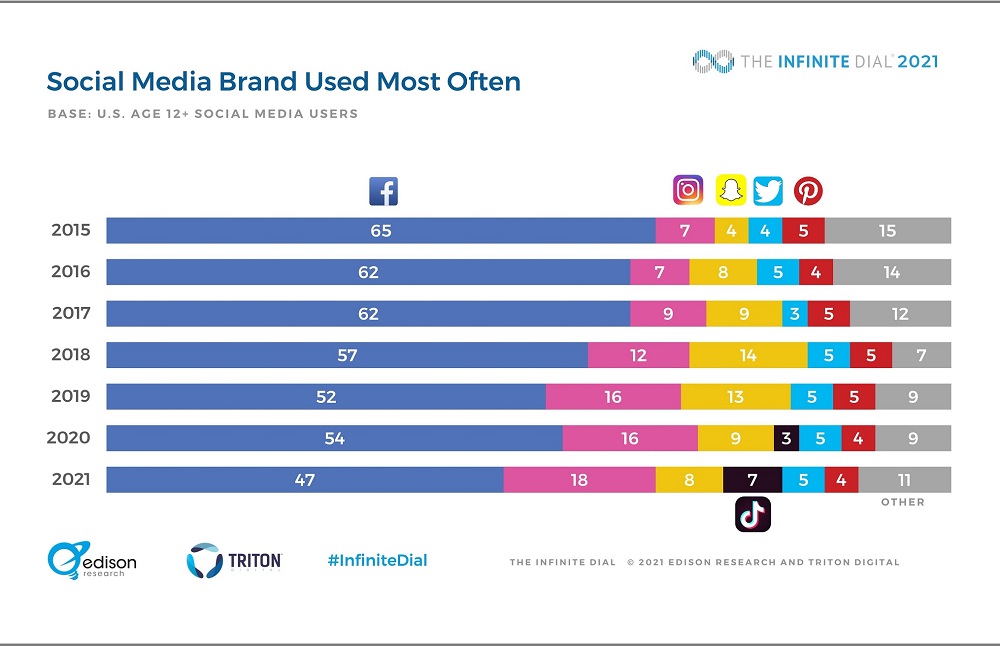 This is the first time that Facebook has dropped below the 50 percent mark. Conversely, Instagram ranks second with 16 percent, followed by Snapchat with eight percent.

The numbers in the age cohort of 12 to 34-year-olds are even more dramatic for Facebook: In that group, only one in five says the world's largest social network is the most frequently used platform - far behind the daughter Instagram with 33 percent, but still ahead of them Snapchat (15 percent) and TikTok (14 percent). 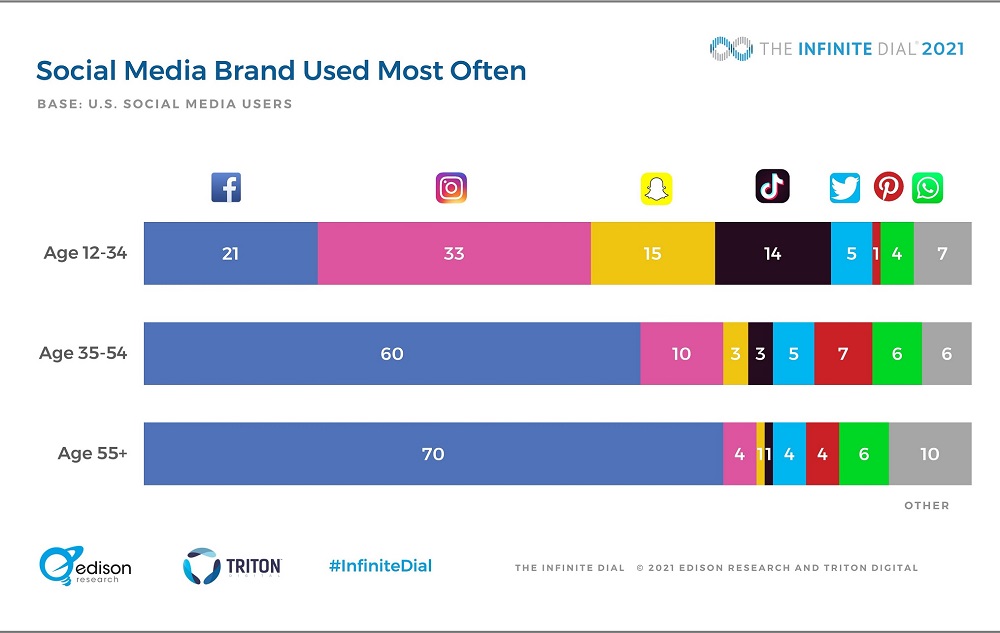 The situation would be even clearer if only real teenagers were considered, i.e. young people between the ages of 12 and 19. Instagram, Snapchat and TikTok have been at the forefront here for years - Facebook no longer plays a role in this group.

Social media among teens: Snapchat in first place, but in reverse

Social media among teens: Snapchat overtakes Instagram, first in the USA at number 1

Young people are leaving Facebook for Snapchat - or are they ?!